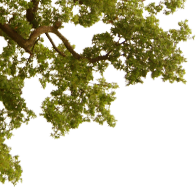 1885—It started with an idea of canning as a preservative in the small town of Highland Illinois. After a $15,000 investment the Helvetia Milk Condensing Company was born (later to be renamed PET).

1895—After overcoming a number of growing pains, more than half the company's sales were in the West. The "Our PET" trademark is registered and becomes the official name for the company's leading brand.

1898—"Our PET" helps supply Teddy Roosevelt's Rough Riders and other American fighting troops with a safe and convenient source of milk in Spanish-American War. At war's end, the troops scattered home across the U.S. and many, remembering the high quality milk, brought it home to their families.

1914—Once again, the U.S. government places large orders of PET to supply U.S. troops fighting overseas in World War I.

1929—In the midst of the Great Depression PET becomes an important staple to American families and is able to expand its service to consumers with the creation of original recipes using PET products.

1941—Again, PET is called upon to supply GIs fighting in World War II, as well as the citizens at home. More recipes, specifically designed with rationing limitations in mind are created to help families get a wholesome diet.

1950—The combination of post-war prosperity and a baby boom result in more cans of PET Milk being sold than at any other time in the company's 65-year history. PET also establishes its own test kitchens to develop and test new products and recipes.

1966—PET began making "better for you" products including a Skimmed Milk and a 99% Fat Free Evaporated Skim Milk.

Today—PET Evaporated Milk continues to be a staple in millions of homes and is used in many different recipes, from main dishes, to soups, desserts and more. We invite you to try the recipes on this site to create sensational food for your family!